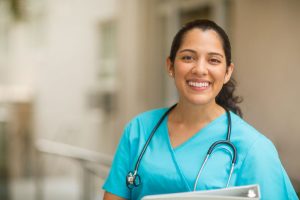 There’s a collective push to see registered nurses achieve a higher level of education and training than is required to meet the minimum requirements for licensure, and for good reason. Today’s RNs are working in an increasingly complex and demanding clinical environment, and that trend is only going to continue.

Current RNs who go back to school to step-up their competencies, along with new nurses who can hit the clinic floor on day one with a higher level of training, are simply more adept at providing the kind of exceptional care that results in better patient outcomes and lower readmittance rates. And they’re able to do it all at a lower overall cost too. Even before the era of COVID-19 these were big talking points in the healthcare industry; at this stage of the game, these things have far bigger and more sweeping implications.

The Bachelor of Science in Nursing is the gold standard for today’s RNs, and whether you earn it as your initial degree and path to the RN or return to school to advance your education beyond the ADN or RN diploma, it pays off in dividends, both in terms of professional opportunities and earning power.

Keep reading to learn more about the BSN and where it can take your career and your salary:

The Move to the BSN: A Look at the Increasing Demand for BSN-Prepared RNs

State-by-State Guide to What BSN-Educated RNs are Earning

The Move to the BSN: A Look at the Increasing Demand for BSN-Prepared RNs 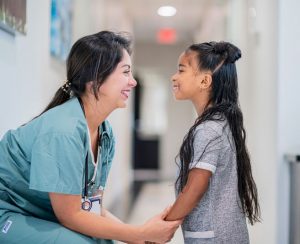 While the RN diploma or associate degree (ADN) remains the minimum educational requirement to earn an RN license, the BSN is quickly replacing these paths to RN practice. With higher levels of education associated with everything from lower mortality rates to fewer medication errors, the nation’s biggest players in issues affecting the practice of nursing—including the Institute of Medicine, the American Organization of Nurse Executives, the American Association of Colleges of Nursing, the National League for Nursing, and the American Nurses Association— all agree that both aspiring and practicing RNs should set their sights on the BSN.

The BSN is becoming more than a recommendation, too. Among the nation’s largest employers, it’s quickly becoming a requirement.

An August 2018 American Association of Colleges of Nursing (AACN) survey revealed that 45.6% of all hospitals and other healthcare settings now require new hires to hold the BSN, while nearly 89% of all employers expressed a “strong preference” for BSN program graduates.

And in response to this increased demand and/or preference, today’s RNs are upping their educational pursuits. 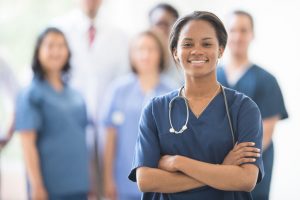 Salary stats for RNs don’t tell the whole story because, chances are, if you hold the BSN, you’ll enjoy a salary that beats out your RN colleagues with a diploma or ADN. According to a 2019 Medscape RN/LPN Compensation Report, RNs with a bachelor’s degree earned an annual, average salary of $80,000, while those with the ADN earned just $75,000.

With the BSN on your resume, you’ll not only qualify for jobs with some of the largest, most respected employers, you’ll also set yourself up for nurse leader/manager/supervisor positions that almost always come with a bigger paycheck. PayScale, which provides accurate, real-time salary data based on more than 54 million total salary profiles, reveals an average, annual salary of $84,974 for BSN nurses, as of September 2020.

PayScale also highlights some of the senior-level nursing jobs available to BSN-prepared RNs and their average salaries during this time:

State-by-State Guide to What BSN-Educated RNs are Earning 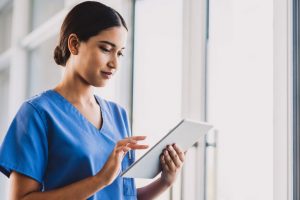 The following average state salaries were calculated using only those nursing jobs that require the BSN: 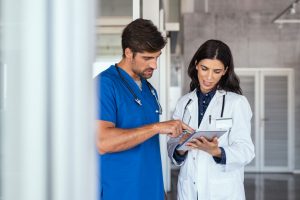 BSN-prepared RNs in major metro areas often earn even more, as highlighted by the following ZipRecruiter average salaries for each state’s largest city as of September 2020:

Salary and employment data compiled by PayScale in September 2020. Figures represent accumulated data for all employment sectors in which behavior analysts work. PayScale salary data represents average and median earnings for the occupations listed and includes workers at all levels of education and experience. This data does not represent starting salaries.

Salary and employment data compiled by ZipRecruiter in September 2020. Figures represent accumulated data for all employment sectors in which behavior analysts work. ZipRecruiter salary data represents average and median earnings for the occupations listed and includes workers at all levels of education and experience. This data does not represent starting salaries.